The other day it was very rainy, so Caroline and Grace got dressed up to go out in the storm and enjoy the weather. I’ve been planning to do this photoshoot for a while, so I’m excited to finally be posting it! Enjoy the photos! 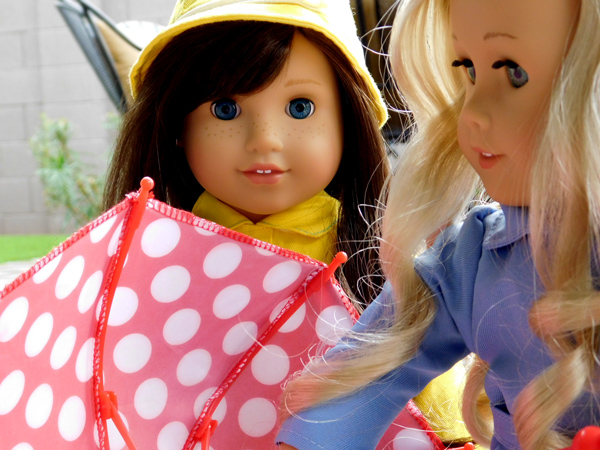 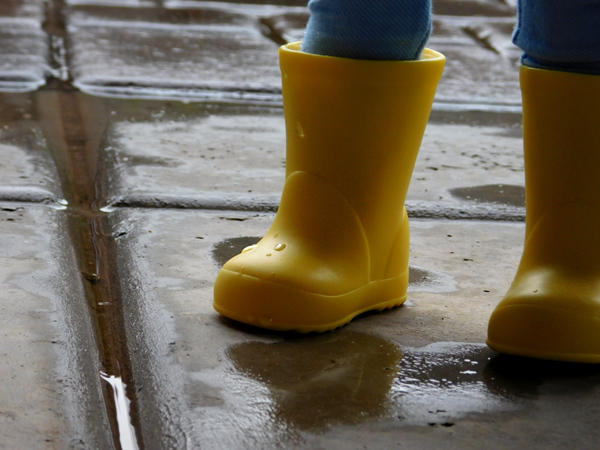 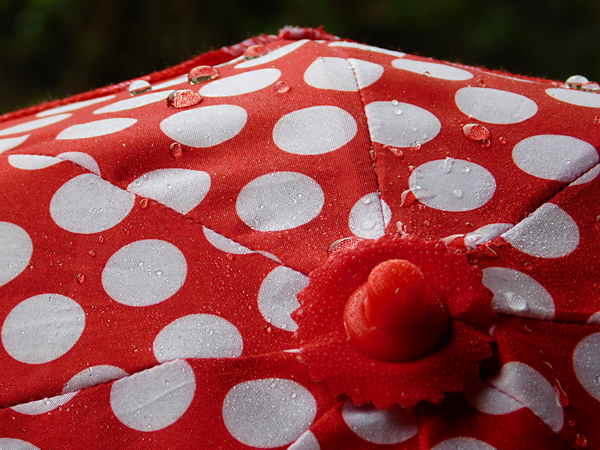 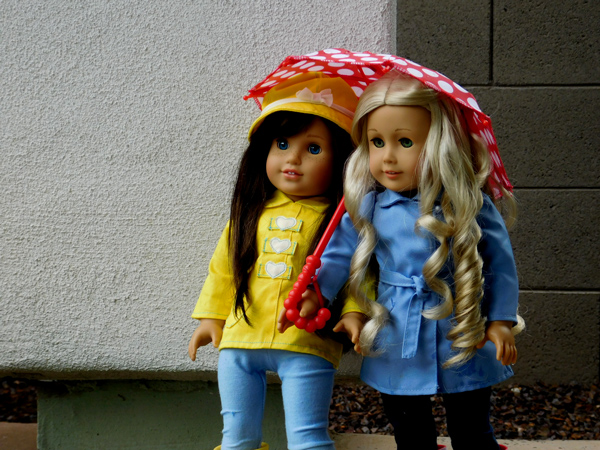 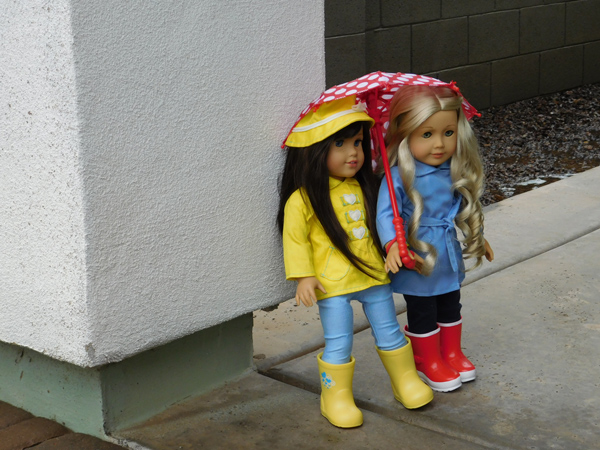 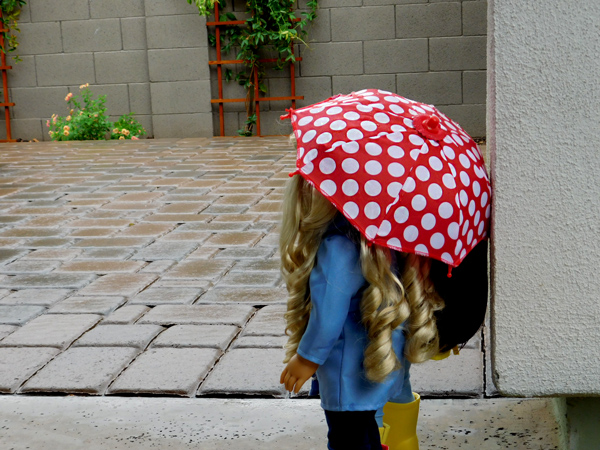 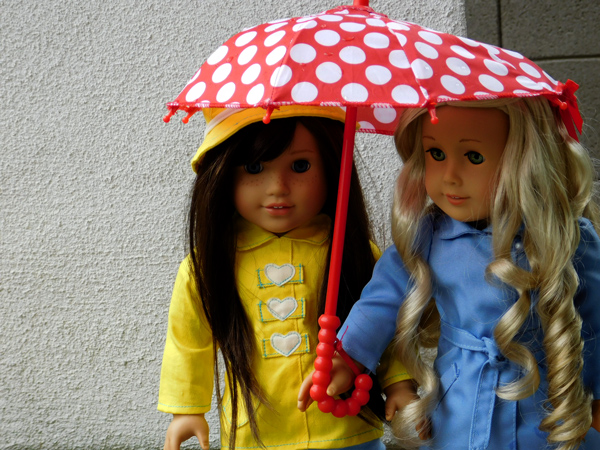 I hope you enjoyed!

This post is also a reminder… Thanksgiving is coming up in just a couple days (on the 22nd)!! So remember to comment on my Basket of Thankfulness activity to share what you are thankful for! On Thanksgiving day I will post the list of everything we said!

Which picture was your favorite? Do you prefer rain or sun? Are you excited for Thanksgiving??

Long time no Caption It! I apologize that it took me so long to get this up; I guess Nano and other business and such got me behind.

But enough apologies and excuses, it is well time for the post!

A lot of people commented with captions (about 15, if I counted correctly!)! Thank you so much everyone for all of your great captions!

Here’s how the voting works: 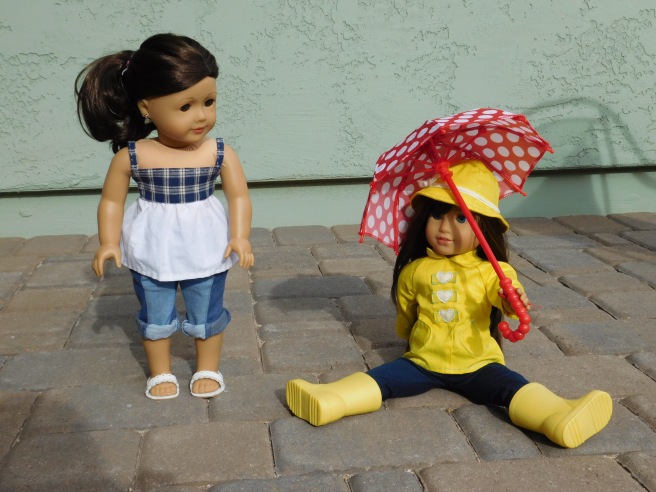 There were so many great ones, but here are four captions that I picked for you to vote on:

Clara: “Grace, what on EARTH are you doing in a yellow suit and rain boots out on the street? You’re ridiculous! It’s a mercy that no one’s out here…”

Grace: “Shh! See that big shadow in front of us? I don’t dare look at it, since it might be a monster, and so I’m pretending to be a statue.”

Clara: “You haven’t answered my…”

Clara: “Take off those rainboots before I–”

Clara: Grace, it’s sunny and hot and basically summer. WHY are you wearing a raincoat?

Clara: Then I take it you are prepared for the Math test tomorrow?

Grace: But I just got back from my babysitting job.

Grace: That got me thinking… I could be Mary poppins!

Grace: Yes, but I am. Just watch, my umbrella will carry me up in the air, and then we’ll fly kites!

Clara: At least you’re dressed for 1 out of 2 occasions you’ve planned.

Julie (earlier): Clara, just a fair warning, Grace just had a double espresso without me knowing so be careful…

*Clara goes outside to enjoy the sunny weather*

Clara: Grace! Why are you out here acting like it’s raining?

Grace: I am a math expert! Two plus two is nineteen hundred thousand and eight!!! HA! *throws unbrella* TAKE THAT ALBERT EINSTEIN!

Clara: You are NEVER having coffee ever again.

And now here’s where you cast your vote! May the best caption win! 😉